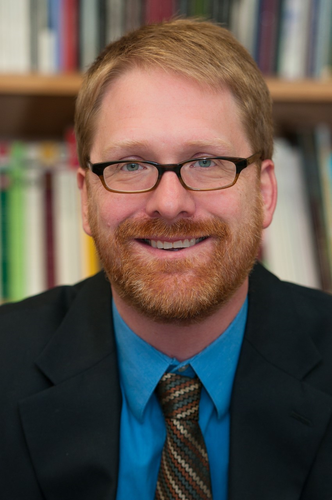 Scott T. Smith has research interests in the intersection of legal and literary discourses in early medieval England and in the function of rhetorical ornament in vernacular and Latin writing. His book, Land and Book: Literature and Land Tenure in Anglo-Saxon England, was published by the University of Toronto Press in October 2012. He has published articles in JEGP, Anglo-Saxon England, Modern Philology, and Mediaeval Studies. His work has also appeared in essay collections dedicated to the Anglo-Saxon Chronicle and to critical theory in Anglo-Saxon Studies. Smith is also part of the editorial collective for Graphic Medicine, a new interdisciplinary series on comics studies and medicine to be published by the Pennsylvania State University Press.

His teaching interests include medieval literature, history of the English language, comics and graphic novels, supernatural literature, and horror.

Land and Book: Literature and Land Tenure in Anglo-Saxon England
Edit this publication