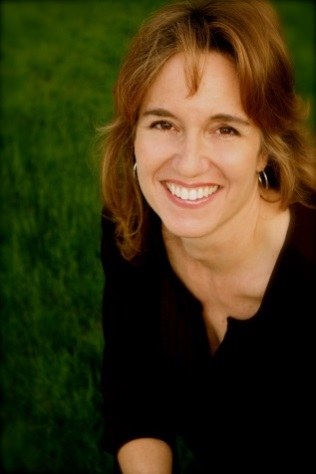 My research focuses on the intersections between culture and politics. In particular, I am interested in the links between political events and their media representations.  Much of my work critiques the relationship between mainstream culture, political praxis, stereotypes, and social injustice. I also research cultural responses to social conflict such as those associated with war, imperialism, state formation, immigration and exile, dictatorship, patriarchy, and globalization. Additionally, I have research on education and international area studies, with particular attention to how multidisciplinary approaches enhance understanding of global issues.

I have published eight books books and have two in process. My latest single-authored volume is Colbert's America: Satire and Democracy (2012), which studies the role of Stephen Colbert in shaping political discourse after 9/11. I also co-wrote a book with a Penn State undergraduate, Remy Maisel, Is Satire Saving our Nation? Mockery and American Politics (2014), a collaboration that made Penn State history. My next book is a co-edited volume on Human Rights and Literature to be published by Routledge in 2014. And my next major media studies project is Globalization and Latin American Cinema, which focuses on the ways that a number of films from Latin America reflect national and international cultural policies, shifts in production and consumption of cinema, and changing identity constructions. In addition, I have edited a number of journal special issues and published over 50 essays on a range of topics all of which coalesce around the question of how culture, politics, and society intersect.

My pedagogical focus is on the development of critical knowledge that shapes how my students engage with the world around them. In particular, I teach students about the ways cultural forms are integral to how we make meaning and how aesthetics –the ways that stories are told and understood–relate to the contexts and embedded ethics of texts. At Penn State, I teach courses on human rights and world literature, culture and globalization, media studies, global cinema, the cultures of displaced peoples, cultural trade policy, and critical theory.

I serve on the editorial boards of eight journals and regularly peer review for journals and government agencies in the United States and abroad. I have received grant funding from the National Endowment for the Humanities, the Social Science Research Council, Fulbright, the Department of Education, the Tinker Foundation, and the World University Network. She serve on the boards of the American Comparative Literature Association and the International American Studies Association and I am on an executive committee of the Modern Language Association dedicated to academic freedom and professional rights and responsibilities.

I am the co-founder and director of the Center for Global Studies, Penn State’s Title IV National Resource Center. I have directed Penn State’s Latin American Studies program and continue to have ties to the departments of Spanish and Women's Studies.

Ariel Dorfman: An Aesthetics of Hope
Durham, NC: Duke UP, 2010.
Edit this publication

The Dialectics of Exile: Nation, Time, Language, and Space in Hispanic Literatures
West Lafayette, IN: Purdue UP, 2004. With Earl E. Fitz, eds.
Edit this publication

The Routledge Companion to Human Rights and Literature
New York: Routledge. (under contract). With Alexandra Schulteis Moore.
Edit this publication

Representing Humanity in an Age of Terror
West Lafayette, IN: Purdue UP, 2010. With Henry James Morello, eds.
Edit this publication