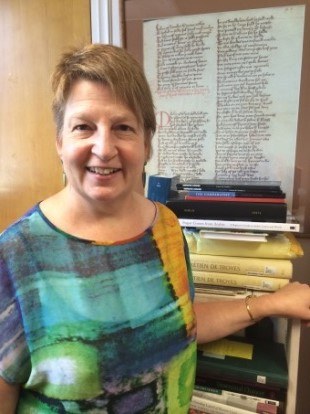 Rose Jolly was born in South Africa and left for Canada in 1981 due to the apartheid regime of the time. She came to Penn State in 2013.  Her overarching interest is in the ways in which representations of violence and reconciliation actually affect inter-governmental, inter-community and inter-personal relations in contexts of conflict. Her work explores the links between living conditions of extreme deprivation, gender-based violence and coercion, and the HIV pandemic. She has worked with victim-survivors of state sponsored torture, gender-based violence, and communities fractured by illness globally. She explores the ethics of working with highly vulnerable communities in research and development.

She has published in the fields of South African literature and culture, postcolonial theory, and the critical medical humanities.  Her work has involved mixed quantitative and qualitative methodologies.  She is particularly experienced in qualitative analysis of oral testimony and tools of qualitative research that involve embodied gesture in addition to conventional verbalization. Students interested in the nexus of gender, race and state-sponsored aggression in contexts of colonization and related structural, violence, and the rhetoric of attempts at intergenerational peace-building in the wake of such violence, are welcome to contact her about their work.