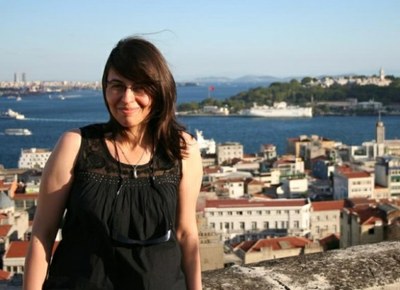 Nergis Ertürk's research interests include modern Turkish literature and culture, Marxism and socialism across central Eurasian and Middle Eastern contexts, postcolonial theory including comparative histories of Orientalist philology and racialization, (un)translatability across literary criticism and area studies, comparative modernisms and peripheral realisms, deconstruction, and feminist psychoanalysis. She is the author of Grammatology and Literary Modernity in Turkey (Oxford University Press, 2011), the recipient of the 2011 Modern Language Association (MLA) Prize for a First Book, and the co-editor (with Özge Serin) of a 2016 special issue of boundary 2 entitled Marxism, Communism, and Translation. Her work has also appeared in the journals PMLA, Modernism/Modernity, boundary 2, New Literary History, Interventions, Middle Eastern Literatures, and Jadaliyya. Before coming to Penn State, Ertürk was Assistant Professor of Comparative Literature at Binghamton University, SUNY, from 2006-2008. She was a fellow at Columbia University's Institute for Comparative Literature and Society during spring semester 2007, and Visiting Professor in the Humanities at the Cogut Center for the Humanities, Brown University, during fall semester 2008. During 2012-2013, she was a Social Science Research Council (SSRC) Postdoctoral Fellow for  Transregional Research on Inter-Asian Contexts and Connections, and during 2014-2015, she held an American Council Learned Societies (ACLS) Charles A. Ryskamp Research Fellowship. During spring 2019, she was a member of the School of Historical Studies at the Institute for Advanced Study (IAS) in Princeton.

Grammatology and Literary Modernity in Turkey
Edit this publication