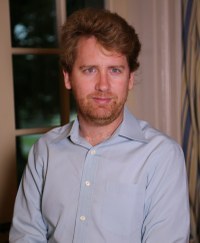 Nicolai Volland is Associate Professor of Asian Studies and Comparative Literature. His research focuses on modern Chinese literature and culture in its transnational dimensions (including cosmopolitanism, transnationalism, translation, and transculturation), as well as reception and cultural consumption. He is also interested in film and visual culture, as well as print culture in modern China and Southeast Asia, and in oceanic/archipelagic studies. His book, Socialist Cosmopolitanism: The Chinese Literary Universe, 1945-1965 (Columbia University Press, 2017), revisits Chinese literature of the 1950s and 1960s, situating Chinese cultural production within the broader context of the socialist world and showing how Chinese socialist literature engages with global aesthetic debates. Current projects investigate the Sino-French literary relationship across the long twentieth century, and rethink Sinophone literature from an oceanic perspective. He is co-editor of The Business of Culture: Cultural Entrepreneurs in China and Southeast Asia (UBC Press, 2014) and Comic Visions of Modern China (MCLC special issue, Fall 2008). Before coming to Penn State he taught at the University of Heidelberg (Germany) and the National University of Singapore. He is a past president of the Association of Chinese and Comparative Literature (ACCL).