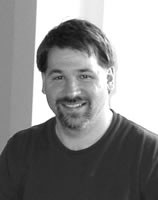 I am a senior lecturer at Penn State University where I have been working since 2002. As a teacher and scholar in both Comparative Literature and Spanish my work focuses on the literatures and cultures of the Americas and Spain, with a particular emphasis on theater, performance, and film.  I am especially interested in the relationship between cultural production and political conflict, both  from a transatlantic and global perspective; my work studies how literary and artistic media at once bear witness to historical events—whether violent, revolutionary, or otherwise traumatic— and establishes the conditions of possibility for a political culture.