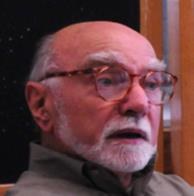 I am a literary and cultural comparatist. My scholarship and teaching traverse disciplines, theoretical and critical discourses, genres, chronological epochs, and literary traditions. My scholarly focus has ranged geographically from the Americas to trans-oceanic and intercontinental flows. I have published a number of books (five single-authored, five in collaboration, a book of translations, and two textbook), and edited more than twenty volumes on world literature and modern authors from around the globe as Editor of World Literature Today and as guest editor of a number of scholarly journals. My scholarly work has been translated into a number of languages––Arabic, French, Italian, Polish, Spanish, Turkish. My original poetry has been translated into Greek.  I have translated  from the Portuguese the poetry of Brazilian João Cabral de Melo Neto into English.

Columbus and the Ends of the Earth: Europe’s Prophetic Rhetoric As Conquering Ideology
Berkeley, Los Angeles and Oxford: University of California Press, 1992.
Edit this publication

Other Modernisms in An Age of Globalization
Co-editor with Dorothea Loebbermann. Heidelberg: Universitaetsverlag. C. Winter Verlag, 2002.
Edit this publication